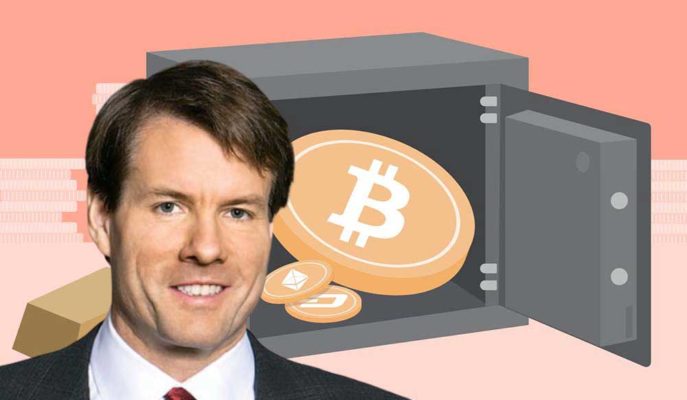 Michael Saylor, CEO of MicroStrategy, which has more than 70,000 Bitcoins in its reserve, joined CNBC’s Squawk Box program today. Saylor, who evaluated Bitcoin as an investment instrument, said it would get a large share of the gold market. “7-8 billion people” will use Many people with smartphones and Internet access to enter the cryptocurrency world. Of bitcoin, It is believed that with the widespread use of the Internet, it can reach a wider audience.

The program raised that Bitcoin can be useful, especially in countries with high inflation. Describing it as “digital gold,” Michael Saylor said, “One day seven to eight billion people, He will be holding a bar of digital gold in his phone to protect his savings. ” said.

Giving an example from technology companies, Saylor said, “Google’s becoming a trillion-dollar network 22; It took 24 years for Amazon, 42 years for Apple, and 44 years for Microsoft. Bitcoin has become a trillion-dollar digital currency system in 12 years. The world needs this thing. Found in the statement.

Buy bitcoin and wait “ten years.”
Cryptocurrency users have different views on whether Bitcoin is a “payment instrument” or a “store of value.” Michael Saylor does not find it right to be used for shopping and generally “spent.”

US Treasury Secretary Janet Yellen said in a statement on Monday that trading with Bitcoin is “not efficient.” Referring to this statement, Saylor said, “People think they will use Bitcoin to buy coffee or something. … It’s not a currency. ” said. The following words were used regarding his structure: “Bitcoin is not used for spending. Used for accumulation. Bitcoin has had a compound annual growth rate of 200% over the past decade. If you want to save ten years, you need to do a single transaction. Put all your money into Bitcoin and wait ten years. “

Reasons Behind The Rise of BNB

Visa Will Allow Use Of USDC!